The history of most haunted houses explains why they’re haunted. 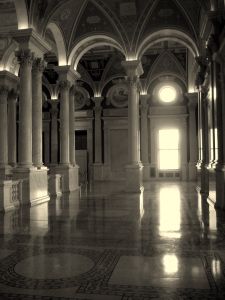 Each site was the scene of conflict, power struggles, tragedy and death. (Those are the “big four” when you’re trying to explain a haunting.)

However, many older homes and buildings have similar histories… but no ghosts.

(Skeptics love to point this out, and they’re correct.)

I believe other factors are involved. Unfortunately, we don’t have enough information to be certain.

Historical and geographical patterns of activity may provide some answers.

My research in downtown Austin, Texas, revealed patterns that connect — and predict — ghostly activity in that city.

Patterns emerged as I studied Austin’s ghosts. I saw unique factors affecting most (not all) of Austin’s haunts.

You’ll find a longer list in my book, The Ghosts of Austin.

Those patterns separate Austin’s most haunted buildings from neighboring sites with no ghost stories.

Looking for ghosts around Austin…? Find houses with those bricks, and you’ll find ghosts.

Two houses can have almost identical histories, but only one of them is haunted.

In New Orleans’ French Quarter, I was able to identify haunted locations — the exact spot where hauntings occur — within feet. All I had to do was plot ley lines on a map.

When a History Channel TV producer called me, I was able to tell her exactly where to look. And, when she asked me about grisly tragedies in the area, I could tell her why they happened at those exact locations… why the guy jumped off the hotel at the precise spot where he did.

You just need to know where to look, and how to connect the dots.

Now and then, I discover a haunted site where nothing notable happened at that location.  A nearby location — one that’s not haunted — was where violence and tragedy occurred.

The Sise Inn in Portsmouth, New Hampshire, is an example.  Some of the staff have reported amusing ghostly phenomena at the Inn.

(My favorite is the recurring, unexplained trail of ice cubes in hallways, leading away from the ice cube machine.)

However, the Sise Inn site seems to have no tragic history.

But, a nearby building has the appropriate history… but no reports of ghosts. Did the ghosts migrate? I have no idea.

I’d like to see more research into displaced hauntings.  Studies could reveal more elements that attract or repel ghostly energy.

We have some answers. We’re still looking for others.

If we take folklore seriously, most ghosts have a story to tell, a wrong to correct, or unfinished business. 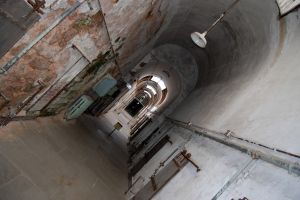 When ghost hunters investigate a haunted site, most ghosts seem to fit that profile.

In almost every case:

– The ghost wants something specific to happen before crossing over. Or, the ghost is afraid to cross over for other reasons.

– In some cases, the ghost refuses to believe that he or she is dead. Ask them what year it is, and you’ll usually get the year the person died.

– Or, it’s actually an energy imprint, not a ghost (or spirit) lingering at the site.

A few tales — such as the “green lady” stories of Scotland — offer other explanations. Green ladies remain in homes that they loved. Those are benevolent spirits. They protect the building and the people who live in it. Each “green lady” ghost isn’t trapped in the house. She could leave whenever she wants to. She’s happy to stay there.

Green lady ghosts are like the spirits of relatives. They visit us to check on our safety and happiness.

I’m not sure that I’d call that a ghost. The spirit isn’t trapped in our plane of existence.

By contrast, a banshee may also be a relative of the family it guards. Is the banshee trapped here? Is it a ghost, or — as much folklore suggests — part of the faerie realm? It’s difficult to establish boundaries and precise definitions.

Until we’re sure that ghosts exist, and what they really are, we can’t be sure why they haunt houses… or any other location.

I’ve been asked this question often.

The thing is… I’m not sure that ghosts prefer old buildings that are creaky and drafty. 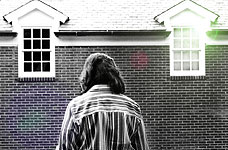 That kind of environment puts many of us on edge.

That can heighten our awareness. It’s why we’re more likely to notice ghostly phenomena there.  We’re sensitive to subtle anomalies that we’d overlook – or explain differently – in a happier environment.

Let’s say a glass object rattles on a sideboard at your (living) grandmother’s house.

If her house is near a busy street, you’re likely to figure a heavy truck drove by. That may be exactly what happened.

By contrast, let’s say a glass object rattles on a sideboard in a creaky, drafty, “haunted” house. Your first thought might be, “It’s a ghost.” That may be the best explanation, but the environment set the tone.

Ask me to choose between two investigation sites:

1. The shiny new town hall in the middle of town, or…

2. The decrepit, abandoned one a few blocks from a weird old burial ground.

I’ll choose the old one, ten times out of ten. Even if both have great ghost stories, I’m more interested in the one with history.

However, the new town hall might have more intense and startling ghosts. Maybe I’d miss a great investigation by choosing the older location.

Worse, the old site might reflect folklore and urban legends and that’s all. No ghosts.

Old sites with rich history generally produce more ghostly phenomena than newer sites. That’s not just because old sites are creaky or drafty. I think it’s because they have history — life and death events — that leave energy imprints and perhaps ghosts.