For years, Disney’s Haunted Mansion attractions have been connected with ghost stories. 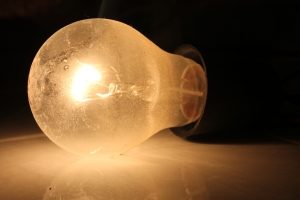 Among all of the Haunted Mansion attractions, the one at Walt Disney World has the most haunted reputation. I’ve heard compelling first-person stories from cast members who worked there.

But, in recent years, some cast members have wondered if the ghost at the front hall was actually connected to a former cast member, not the house.

Since he stopped working there, the “ghostly” activity has stopped.

Also, in at least 100 visits at both Disneyland (CA) and Disney World (FL), I’ve never encountered anything genuinely ghostly.

For a better answer to your question, ask former Haunted Mansion cast members. Some have websites. Also see stories at TheShadowlands.net and Doombuggies.com.

For the latest ghost stories, ask cast members dressed as Haunted Mansion staff. Most probably don’t know (or won’t admit to) any real ghost stories at the attraction.

You’ll have the best luck immediately outside the Haunted Mansion’s exit. There, some cast members are more chatty.

Remember, Disney’s Haunted Mansion attractions’ ghosts are “all in good fun.” That attraction is designed to entertain the entire family. For lurid ghost stories (real or imagined), you’ll have more success outside Disney theme parks.

One more tip: Ask about ghosts at the Pirates of the Caribbean attraction. Some first-person stories from former cast members seem credible and fascinating. If the stories are true, Pirates is far more haunted than the Haunted Mansion.

Look for ghost stories about the Back to the Future attraction, later redesigned as The Simpsons. Some say it’s one of the most interesting haunts in Orlando.

(Warning: Ghost reports from the old Kongfrontation attraction are unreliable. Universal is meticulous about safety for workers as well as guests. Any time you hear a ghost story related to someone who supposedly died at a theme park, raise an eyebrow. Then, fact-check what really happened… if anything. In many cases, the stories are 100% fiction.)