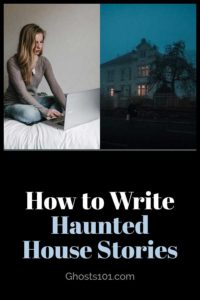 Authors often ask me how to write (or even begin) a realistic novel about ghosts and haunted houses.

First, decide whether your story is primarily character-driven or plot-driven.

If it’s character-driven, outline a rich array of characters that your readers will care about. Shirley Jackson’s novel, The Haunting of Hill House, is a good example of a character-driven haunted house story.

TVTropes.org can be a great resource for the tropes you’ll want to include among your characters. Or, you can default to the basic character types in Scooby-Doo. (I’m not kidding. They’re classics.)

When the Ghost is a Character

If your ghost is a character in the story, he or she will need a backstory. Decide why the ghost lingers at the location, and exactly how he or she manifests.

Choose one or two sensory features to focus on. Few real-life ghosts produce noises, moving objects, physical contact with the investigators, smells, or ghostly voices. (If you want to include all of those, write multiple ghosts or entities into the story.)

When the Location is a Character 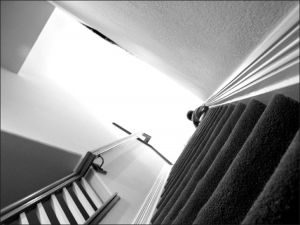 Sometimes, the haunted house is almost a character. Jackson’s Haunting of Hill House is a good example. We’re never entirely sure if the house is evil, or if a specific ghostly entity is behind the scenes.

If you’re going to use this story device, study several genuinely haunted houses, and (loosely) base your story on one of them. The house should have a personality, displayed in its styling, decorating, or the kinds of things that happen there.

(A moaning sound suggests a different kind of haunting than an evil cackling. The modern house built over a Native American burial ground will have a different “style” than a falling-down castle in Ireland.)

The first movie in the House on Haunted Hill series is a good example of a story that’s primarily plot-driven. Many characters were shallow and unsympathetic. Viewers didn’t really care when each died a terrible death.

(Towards the end of the movie, we care more about the characters surviving than what’s going on in the house. Whether we loved them or hated them, we wanted to know what happened next.)

Nevertheless, the House on Haunted Hill franchise presented clever plot elements with superb timing. It’s not quite a “puzzle story” like The DaVinci Code or National Treasure.

Still, the mysterious sequence of events held our interest more than the characters. In that respect, plot-driven ghost stories are similar to mysteries. The reader (or audience) try to guess “the real story” before the reveal at the end.

Whether it’s a plot-driven story, a location-based tale, or a character-driven story, get right to the action. Reveal the characters and make them endearing — or unappealing – in a story that has already begun.

Your characters can make or break your story. Tropes are fine, if the plot is the focus of your story. (Avoid making your ghost a predictable trope.)

For a plot-driven story, avoid stereotypes for the lead (and possible romantic interest). The sidekicks can be cliches. The early victims can be “redshirts.” (To understand them in depth, see TV Tropes.)

Don’t base any characters on real-life stars of ghost hunting TV shows, or the shows they’re on, either.  Not closely enough to be sued, anyway. Those shows are considered “intellectual property.” They’re protected by trademark laws and highly-paid attorneys.

If you need more ideas for rich, dimensional characters, study ghost hunting in the past. Going back in time: the subject has been popular in the 1960s, the 1920s, and throughout the spiritualist era of the 19th century.

You’ll find plenty of material and some biographies to inspire you. Those can help you with your characters as well as your story line.