I believe that some “ghosts” are people who are alive and well in a parallel world. I mentioned that in my article about ghosts existing as energy. 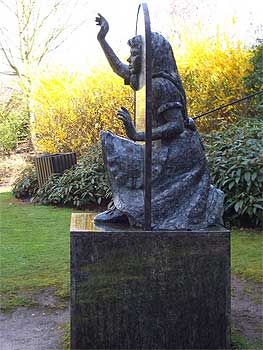 I’m not sure if there are geographical locations where the veil (or the membrane) between us is thinner. Nevertheless, I’m certain that many hauntings have nothing to do with dead people.

We’ve seen glimmers of this possibility throughout history. Stories of doppelgangers could be explained in quantum terms.

Even within our world and time, some paranormal researchers believe that EVP can be a recent energy echo.

For example, archaeologist and ghost excavator John Sabol recorded EVP that sounded exactly like a previous investigation by Jason Hawes and Grant Wilson at the same location.

Was that a time echo? We don’t know.

Some spirits may be visiting us from the other side. If they are, I think they represent a small percentage of the entities and phenomena we label “ghostly.”

As explained in the Wikipedia entry about five-dimensional space, “Physicists have speculated that the graviton, a particle thought to carry the force of gravity, may ‘leak’ into the fifth or higher dimensions, which would explain how gravity is significantly weaker than the other three fundamental forces.”

I’ve discussed this in several articles, including What if EMF is Leaking into Our Universe?

I believe that better answers may emerge as we understand more about discrepancies and flows connected with gravity and higher dimensions.

They may help us understand parallel realities, the beings that inhabit them, and those that seem to interact with us.

It may sound completely “sci-fi,” but if you try and explain electric lights to some ghosts, they react with equal skepticism… and often think we’re demons.

For now, I’m keeping an open mind. I like the idea of alternate dimensions and realities. I think they’re among the best explanations for some odd things we encounter in ghost hunting.