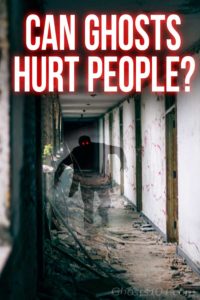 – Infrasound. This includes underground streams and highways — especially bridges — within a quarter mile.