What do electromagnetic fields (EMF) have to do with ghosts?

In the mid 20th century, some researchers talked about bafflingly low levels of EMF at haunted sites. 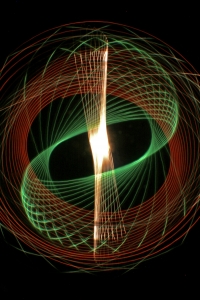 In the 21st century, we hear more reports of extraordinarily high surges of EMF. If they can’t be explained by faulty wiring or EMF-emitting devices, they’re paranormal.

High EMF can disorient people. High EMF can cause headaches, nausea, and even hallucinations.

So, a site with unhealthy EMF levels can seem ghostly, when the issue is a normal, electrical issue.

Professionals must rule out elevated EMF from electrical problems. That’s one reason we do a baseline sweep of each investigation site. We’re looking for normal issues that can produce paranormal-like phenomena.

Often, paranormal EMF spikes are fleeting.  Those are the anomalies that interest us… but what are they, really? We don’t know.

Others, including me, suspect that the EMF spikes occur as a signal that ghostly energy might be entering the site. 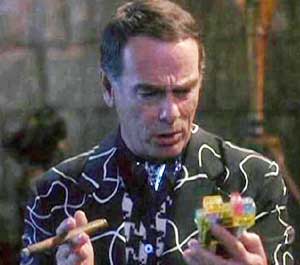 I explain it in terms of the old TV show, Quantum Leap. In that TV series, one character (Al) regularly traveled through time. Then, he emerged through an energy doorway.

We don’t usually see that kind of doorway at haunted locations. However, energy transference – through time or between worlds — might manifest as EMF spikes.

Of course, that’s just a theory. I have no proof. My guess may be completely wrong, and – by the time you read this – I may have revised it.

(I try not to be dogmatic. At least 90% of what we think about ghosts is speculation, not fact. We’re a long way from having proof.)

Frankly, we don’t know what EMF levels have to do with ghosts. We only know that we observe more unexplained EMF spikes in haunted places.

For all we know, that may be a mere coincidence.