Dates such as Friday the 13th can be energized by people’s beliefs and fears. Paranormal research can be more successful. 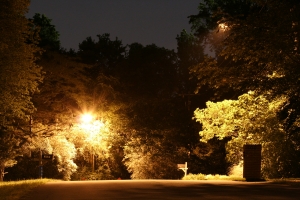 In quantum terms, the observer’s beliefs or fears can affect the site. (In overly simplistic terms: What you expect to happen may be more likely to happen, just because you’re watching.)

Unlike Halloween, you’re not as likely to encounter crowds at haunted places on Friday the 13th.

Despite that, police are more alert for trespassers at cemeteries and other well-known haunts.

If it’s convenient, schedule a ghost investigation on Friday the 13th. Your results might be better than another night of that week.

I can’t guarantee that. You’ll need to see if that night is better for you and your team.

Do you use a “planetary hours” system to plan your ghost hunting? That’s ancient astrological system several ghost hunters use, and it varies by location. Generally, the night after Friday the 13th could be a good choice. (To learn more about planetary hours, see my article, Ghost Hunting and the ‘Witching Hour’.)

I’ve had better luck the following night. For me, Thursdays and Saturdays seem to produce better results. But, they may be only slight better.

Experiment with different days. What works for me may not work for you, and you may have great results on Friday the 13th.