Halloween can be one of the best nights for ghost hunting, if you believe folklore.

Here’s my video, based on this article.

Traditionally, Halloween is one of two nights when the veil diminishes between the our world and the other side.

In the past, Halloween was better known as Samhain, the end of the agricultural year in the northern hemisphere. It’s the time when the harvest is brought in and the land may be prepared for the next growing season.

Halloween is between agricultural seasons. So, it’s another “between time” like dawn, dusk, twilight, and midnight.

According to long-time traditions, during “between times,” spirits and otherworldly creatures can enter our realm.

“Between times” are ideal for ghost hunting. They’re also popular for faerie research, cryptozoological studies, and watching for alien craft. 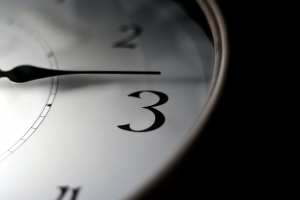 In other words, the “between times” aren’t just about ghosts. (For example, the old Charmed TV series featured the “betweens” in a leprechaun episode.)

But, for many people, it’s still a night for“ghosties and ghoulies and things that go bump in the night.” Huge crowds gather at celebrations at Salem (MA) and other “witchy” communities. (They’re not great for ghost hunting, unless you’re far from the distracting parades, circles, and crowds.)

Even more celebrate Halloween at costume parties, or by joining the trick-or-treat fun.

Many ghost hunters schedule their most important research at Halloween. Often, they stack the “betweens,” planning research at dusk, twilight, or midnight on Halloween.

I always choose dusk and twilight. I like to start my research while some daylight remains. It gives me a better opportunity to get my bearings, evaluate any hazards, and look for key signs that a particular area might be haunted.

I’m uneasy about a legend says that 3 AM is the “devil’s hour.” I know that some ghost hunters investigate during the wee hours of November 1st morning.

I don’t recommend that, due to obvious risks. If something might pose a risk related to malicious spirits or even demons, I take no chances. I avoid all spiritual risks, when I can.

Crowds of aspiring ghost hunters gather at the most popular haunted locations. They can distract you from your research. Also, too many voices from the living can interfere with EVP recordings.

Most police departments are on high alert due to pranks and vandalism on Halloween night. During October, many haunted cemeteries are off-limits and regularly patrolled.

No matter when it’s an issue, if the police ever ask you to leave a site, don’t challenge them. Leave quietly and cheerfully, if you can. Police are among ghost hunters’ best resources for information about haunted places. Don’t turn them into enemies.

At Halloween, the police deal with belligerent “ghost hunters for the night.” By presenting yourself as rational, agreeable professionals, the police may later remember you favorably.

However, Halloween isn’t the only “best” night for ghost research.

April 30th – the “other Halloween”

Most people don’t realize that the last night of April can be nearly as good for ghost hunting. 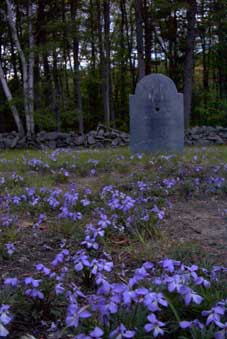 Folklore claims that the veil is equally thin on the night before May first.

That night is exactly six months after Halloween. In “wheel of the year” traditions, it corresponds to Halloween and keeps the universe in balance.

Halloween is the Celtic festival of Samhain. May 1st (and the night before) is the festival of Beltane (or Bealtaine).

This time of year is another “between,” since it launches the new agricultural year.

Largely lost to history, April 30th and May 1st used to be just as boisterous as Halloween/Samhain, worldwide.

– In Germany, it’s Walpurgisnacht. That night is celebrated by as many as 35,000 people in Thale (Germany) commemorating “the flight of the witches.” According to legend, witches once flew through the Harz Mountains, terrorizing livestock and people alike.

– In Rome, this time of year includes the festivals of Floralia and Bona Dea.

On the last night of April, the weather may not be warm enough for ghost hunting in some areas. Still, the significance of this “between time” is important.

In addition, the revelers who get in our way on Halloween are less likely to intrude at Walpurgisnacht.

If Halloween isn’t a good night for ghost hunting, it’s okay. Many other nights are nearly as reliable for a ghostly encounter.