Are you ready to start ghost hunting?

Have you watched a lot of TV shows such as Ghost Hunters and Ghost Adventures? Are you sure it’s a hobby you’d like to try?

If you have a good idea what’s involved in ghost hunting, and you’re eager to try it, you may be ready to explore a haunted location with other ghost enthusiasts. 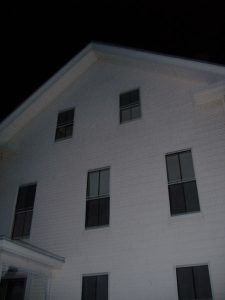 Learn more about the subject, first. Get some hands-on experience with a team or someone who’s been ghost hunting for some time.

Don’t rush out to a “haunted” site in the middle of nowhere, thinking it will be fun. You might be scared (or bored) out of your mind, and wonder what you got yourself into.  Sometimes it’s easy to get in your car and leave.

At other locations, especially if you’re in “lockdown,” it’s not so simple.

In addition, some isolated “haunted” sites are truly dangerous. (Those dangers usually come from the living more than the dead, but both are possible.)

Be sure you understand the risks of ghost hunting. You can avoid most dangers if you know what to expect.

Most real investigations include waiting for hours while nothing happens. Even at reliably haunted sites, expect a lull as long as two hours. After that, the “haunting” may only be an unexplained sound or a brief shadow seen by one person, out the corner of his eye. That’s typical, and it may be disappointing.

Now and then, an investigation seems tame for the first 20 minutes or so. Then things turn chilling. You’ll have one eerie experience after another, for an hour or longer.

If that sounds fine to you, download my free, four-week course. It explains basic ghost hunting.

Learn some of the words. Know what to expect during investigations. Try some inexpensive ghost hunting tools like homemade dowsing rods.

Ghost hunting events attract dozens or even hundreds of people.

What to expect at a ghost hunting event

Tip: Most professional ghost hunters are eager to talk with people who share their interests. A few professionals are obnoxious. Don’t take it personally. They’re insulting and arrogant with me, too.

Some others – including me – can seem shy, “too busy,” or less accessible. Don’t let that deter you. Often, we’re so deep in thought, or trying to sense the energy around us, we may not seem sociable… or even polite. (If I seem that way, accept my apologies. It’s never intentional.)

Talk to us anyway.  Most of us are happy to chat and share insights and research methods.

Events show you what can happen during ghost hunts. You’ll meet people who are interested in ghosts.  You’ll understand more about ghost hunting.

If this isn’t as much fun as you’d expected, it’s okay to quit ghost hunting. You didn’t spend much money. You didn’t commit to membership in any groups. You met some interesting people, and maybe a few celebrities. You have some stories to share with friends and family.

Did you enjoy the events you attended? Look for good ghost hunting groups in your area. See if you can go on a few investigations with them.

Go on investigations with several groups. Decide whether you’d like to join any of them.

No groups in your area, or none you’d like to join? That’s okay. Find a few friends with similar interests. Explore safe, popular haunted locations near you.  Start your own group.

Never go ghost hunting by yourself.  Even with friends, avoid isolated haunts.

Haunted cemeteries can be a good starting point. Often, you can learn about the cemetery’s ghosts, online. Almost every community has a haunted grave or cemetery.

I like cemeteries for many reasons. For example, you can use information on headstones to research the real history of each ghost. (Many haunted houses and battlefields are far more difficult to research.)

As an author and an Amazon affiliate, Fiona earns a small commission if you click on an Amazon link and make a purchase.