Would you like to start a ghost hunting group?

As of 2020, there’s a fresh interest in ghost hunting. Starting your own group might be a good idea.

First, See What Other Ghost Hunters Are Doing 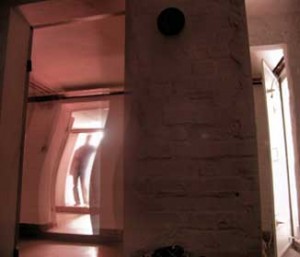 First, participate in a few ghost hunts with local groups, if there are any.

In the U.S., try Eventbrite US and Ghost Hunts USA.

Ask acquaintances if they watch a certain ghost hunting TV series. See their reactions. If they seem enthusiastic, ask if they’d like to go ghost hunting with you.

Make sure their backgrounds and schedules are a match.  Try to select team members whose personalities are compatible.

– Anyone who always has to be the leader. That includes you. This person has always done more, seen more, and knows more than everyone else. (That’s what he or she claims, anyway.)  Maybe that is the most qualified person, but if they’re arrogant, that can break up a group fast.

– Loud, abrasive, sarcastic skeptics. For them, no evidence is good enough to take seriously. Worse, well-meaning team members will keep trying to change the skeptic’s mind. That wastes everyone’s time.

– Nervous people. They jump at shadows. They distract the group by needing comfort and reassurance. Often, they’re the people you least expect to hit the panic button.

– Anyone who makes every ghost encounter a deeply personal, religious experience. (However, if yours is a faith-based group, that may be an asset.)

– Over-eager believers. To them, everything is a ghost or spirit. Be nice. They might really enjoy ghost research. Let them continue… in someone else’s group.

– Anyone who has a troubling mental health issue. Anyone with a drinking or drugs problem.

– Anyone who needs extra attention that distracts you or the group. This includes anyone whose life is otherwise fraught with non-stop problems they insist on telling you about.

-Gossips, bullies, and anyone who ridicules other members, during or after an investigation.

Next, choose a convenient location to investigate. Meet there to see how the group works together.

If someone is being difficult, have a quiet conversation to resolve the issue. (However, obnoxious people tend to remove themselves from the group, usually loudly. Don’t take it personally. They do this a lot. They’re pros. Nothing you said or did would have made a difference.)

More rational people usually try to adapt to the team. Sometimes, that works out. Sometimes, it doesn’t. That’s the normal ebb & flow of any group, not just ghost hunters.

It’s never easy to ask someone to leave a ghost hunting group. Feelings can be hurt. Remember that good ghost research requires focused attention. If someone is distracting members from the work, that person cannot be on the team.

Experiment. Try different locations, including haunted houses, battlefields, cemeteries, and so on. Explore private and public sites, and so on. See what the team enjoy most.

After that, you can establish goals, decide if you need to have rules, and so on.

Take your time. It may take a couple of months (or longer) to get a clear idea of what’s working and what isn’t.

Have patience. Once your group is organized and comfortable with ghost research, the time & trouble will have been worth it.