Would you like to join a ghost hunting group?

Some of them are great. 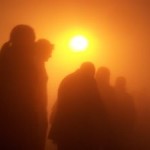 Others were started when ghost hunting TV shows reached their peak — before 2012 — and kind of fell apart after that. A few dedicated members may still be ghost hunting, but they’re not as enthusiastic as they once were.

So, don’t sign up for the first ghost hunting group you find. Check all your options, first.

Start with an online search for local ghost hunting groups.

– Examine each group’s website. Is it well organized? Is it believable? Is it updated regularly?

– Are they open to visitors and new members? (Some groups welcome new ghost hunters on investigations. Others are closed. A few host only fund-raising events.)

– Read the profiles of individual members and see if they have their own blogs. Do they sound like smart, experienced, interesting ghost hunters? Have any of the members already made up their minds about ghosts?

In other words, are they really investigating ghostly phenomena? Or, are they looking for evidence to confirm what they already believe? (If you share their beliefs, that group may be okay.)

Make sure the group seems a good match for your interests. You’ll spend hours sitting in the dark, waiting for ghosts. If your companions annoy you, those hours can be pretty awful.

When you have found a likely group, contact them.

– Have several phone or Skype conversations before meeting anyone.

– Don’t go alone. Bring a friend with you during your first meeting.

– If something makes you uncomfortable during the investigation, leave. You don’t need to make up an excuse. “This isn’t right for me” is enough. (If a group keeps trying to include you, ask them to leave you alone.)

Unfortunately, this is important: Rarely, sexual predators join (or form) ghost hunting groups. They like working in the dark. Women and children are the most frequent victims, but they’re not the only ones.

Remember: Physical phenomena are unusual. That includes ghosts that touch, pinch, or slap you.

If you feel uneasy around someone during a ghost hunt, you don’t need to make up an excuse. Just leave.

Not comfortable walking away…? Need an excuse no one will argue with?

– Say that you had fish for dinner and now you feel like you’re going to throw up.

– Act as if your phone is on vibrate. Pretend to answer it, wait about 15 seconds, and say into the phone, “I’ll be right home.” Then, say you have an emergency at home, and leave.

On the other hand, if the group seems like a good match, go on several more investigations with them.

Then, try a couple of investigations with another group, and so on. Identify what you like and don’t like about each ghost research team and the locations they investigate.

If you decide to join one of them, ask what’s involved. A waiver may be necessary. Read it carefully.

– Restrictions on who else you can ghost hunt with, what you can talk about, and so on.

If you’re going to join a ghost hunting group instead of start one yourself, choose carefully. You’re going to be in stressful situations with them. Be sure they don’t contribute to the stress, but help you achieve your personal goals as a ghost hunter.

3 thoughts on “How can I join a ghost hunting group?”