Most ghost hunting groups investigate ghosts, and nothing else. 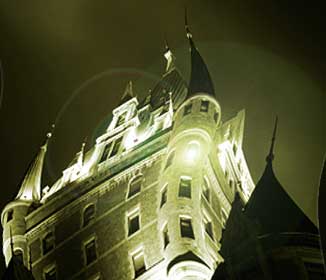 When I’m with a ghost hunting team, I might note something odd but definitely not ghostly.

Generally, focus on one kind of paranormal energy per investigation. In my opinion, it’s a mistake to spread yourself too thin.

In fact, with recent (and extreme) dangers from demonic activity, it’s smart to limit your research to ghosts.

My advice…? Until you’re a confident ghost hunter, avoid demons, UFOs, crop circles, crypto zoology, and so on.

Or, switch your focus altogether. If you’re not really looking for ghosts, specialize in what you are looking for.

Many ghost hunters are trying to answer questions they’ve had for a long time. Many investigate until they find the answer. Others decide there is no answer.

Then, they move on to some other interest.

Tips: In general, and especially during an investigation, focus on one kind of entity at a time. Even if you’ve become interested in UFOs, ignore the skies when you’re on a ghost hunt. You might miss something important. Also, for some people, the shotgun approach can be overwhelming.

Decide what you are looking for and why. If you blur the lines between different kinds of phenomena, you may not know what you’re looking at.

It’s a relief when I see something weird and can say, “Nope. Not a ghost.“  I leave it alone and — at least during that ghost investigation — I look elsewhere.

Of course, ghost hunting groups can investigate things other than ghosts. But, it’s best to narrow your focus to just one group of phenomena at a time.

If you’re at a haunted location and something else is manifesting, complete your ghost investigation first.

Later, you can go back to see what else was there.

Also, be sure to allow team members to leave at the conclusion of the ghost research.

Just like some baseball fans have no interest in football, your ghost hunting team members may not be interested anything except ghosts.