There are several references to ghosts and spirits throughout the Bible. 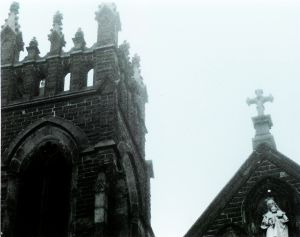 Many are in the New Testament. They include references to Jesus:

– In Luke 24:37 – 39, “They were startled and frightened, thinking they saw a ghost… Look at my hands and my feet. It is I myself! Touch me and see; a ghost does not have flesh and bones, as you see I have.”

That’s not a religious mandate to go ghost hunting.

However, it’s compelling evidence for a belief in ghosts, at least in that culture, and when those Scriptures were written or translated.

Many Christians are opposed to ghost hunting on religious grounds. They use Bible references to support their arguments.

The story of Saul and the Witch of Endor is the most popular, Biblical arguments against ghost hunting. In 1 Samuel 28, the “witch” summons the spirit of Samuel. The result was tragic.

This is a personal decision. It’s one you’ll decide on your own, or with your spiritual advisor such as your priest or minister.

Some people object to ghost hunting on Biblical grounds. Usually, he or she was already uncomfortable with paranormal research.

If so, never try to push that person to join you on an investigation. (Whether you are religious or not, keep the concept of karma in mind. Don’t force anyone into ghost hunting. It could come back to bite you.)

Whether you call it spiritual guidance or a “gut feeling,” each person should follow his or her instincts.

If you’re uneasy about ghost hunting and looking for a reason, the Bible can be your argument.

You don’t need to explain yourself to anyone.