A ghost hunter is usually looking for evidence of ghosts and hauntings.

A paranormal investigator is looking for evidence of unusual, outside-the-norm events and experiences. 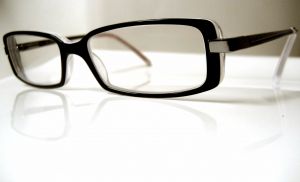 However, parapsychology is a subset of psychology. Parapsychology deals with a wide range of phenomena. That includes ghosts, ESP, remote viewing, and various related studies.

Rarely, some colleges and universities offer courses and symposia related to parapsychology. Due to tenuous funding, few parapsychology programs continue for more than a year or two.

Also, some interpret parapsychology as the study of specific mental illnesses, including delusions of ghostly encounters.

In many cases, that kind of parapsychologist has already made up his (or her) mind. To him or her, ghosts, ESP, and so on, do not exist outside fantasy.

It’s important to examine all hauntings and paranormal activity with an open mind.

With experience, most “true believers” learn that many hauntings can be explained, and vanish after minor building repairs.

Closed minds — in either direction — create barriers between two fields of study that could help each other. It’s important to try to work together.