Could ghosts exist as energy waves? Are they on planes of existence that we don’t know about?

So, to them, “ghosts” are demons. They’re servants of (or proxies for) the Devil.

I disagree with that generality.

Discussing ghosts, it’s easy to wander into conflicting beliefs. Even scientists avoid that kind of pitfall.

Science simply isn’t advanced enough to address the subject of ghosts, conclusively, one way or the other.

– We can’t prove that ghosts exist.
– We have no evidence of the world where they might live.
– We don’t know if it’s actually our reality or something on the other side of an invisible membrane.
– We don’t understand what connects ghostly phenomena to a location.

This is true of ghosts and residual energy hauntings.

With that in mind, my answer to this question is yes. Ghosts could exist on energy waves or planes of existence that we don’t know about, or at least can’t prove. 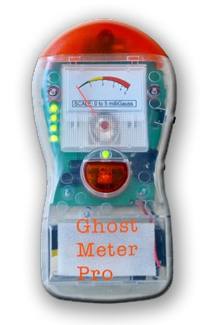 I usually ghost hunt with a yes/no device like a loosened flashlight or Ghost Meter Pro.  Early in the conversation, I ask, “Are you alive and well and living in your own time?”

(Yes, I know that the Ghost Meter Pro looks too “as seen on TV” to take seriously. I tried it anyway, and I was impressed. Now, it’s one of the top EMF meters I use in my investigations.)

Author Rosemary Guiley once described an experience she’d had. She was using a Ouija board at a haunted site. (That’s something I do not recommend.)

She asked, “Do you have a message for us?”

The ghost’s response was, “No, do you have a message for us, Rosemary?”

Many ghost hunters have had similar experiences.

I believe some “ghosts” aren’t dead. They’re just in a parallel realm, very much like ours.

Their century may not be the same as ours, but everything else seems similar to our reality. It’s just from the past, the future, or an alternate present.

I can’t explain this so it makes sense to everyone. Science-based researchers may think in quantum terms. Christians may prefer the “many mansions” concept offered in the Bible, in John 14:2.

But, I’m content to believe that some “ghosts” are alive, not dead. And, they’re in another reality or plane of existence where – sometimes – they can interact with us.

It depends upon the ghost. And, it depends on how you define “alive.” 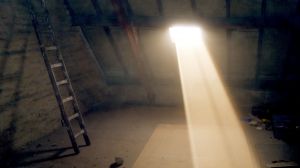 I believe that the spirit of the person remains alive. (The body of that person, in this plane of existence, is lifeless.  That’s a semantic issue.)

In general, I believe that ghosts are as alive as you and I are. Despite that, we usually refer to ghosts as spirits of the dead.

One ghostly exception: some hauntings don’t seem to be actual ghosts. They’re more like energy imprints – often called “residual energy hauntings” – that linger at a location after something dramatic happened.

It’s like when you walk into a room where two people recently argued. Sometimes, you can still feel the crackle of hostile energy in the room.

For more about this topic, see my articles, Hauntings – residual or ‘real’? and Residual energy imprint hauntings.

Some people (and some ghosts) object to the “living v. dead” distinction.

When that’s an issue, I stick to words like: ghost, spirit, deceased, and entity, or I always refer to the ghost by his or her assumed name.

For more, ghost-related terms and phrases, see my article, What are some words that refer to ghosts?

For example, although we’re not sure the most famous ghost at the Myrtles Plantation is actually called “Chloe,” we use that name for her anyway.

When I’m ghost hunting at the Myrtles, and I want to speak with that ghost, I’ll say, “Chloe, I’d like to talk with you,” and then say or ask whatever is on my mind.

Also, most ghosts seem to find very little humor related to the subject of death. The jokes and puns at Disney’s Haunted Mansion attraction may seem funny to you. (They strike me funny, too.)

However, avoid morbid jokes during ghost investigations.  (I’m talking about things like “dying to meet you” and “feeling dead tired,” and so on.)

Offending ghosts is a very bad idea, if you’re interested in learning more about them, or want their cooperation.

As far as I know, you cannot catch a ghost. 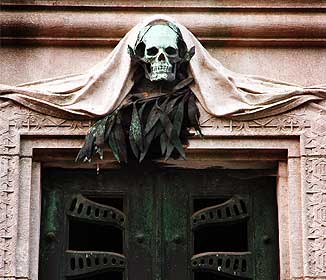 So far, no one has proved that ghosts have physical form in our world. So, there is no trap to contain them.

Some people believe that “dreamcatchers” also snag ghosts. I’ve seen no evidence of that.

However, dreamcatchers may confuse ghosts or prevent them from entering a home.

That defense might help if a ghost is immediately outside your home. (Of course, that’s the opposite of attracting and catching them.)

You might convince a ghost to remain in a particular location, temporarily.  For example, if the ghost has unfinished business and you act as if you could help, the ghost might linger. (If you know you can’t help, it’s cruel to suggest that.)

Other than that, I don’t think there’s any way to catch or entrap a ghost.

I’m not sure why anyone would want to do that, anyway.

Some people believe a bottle can hold a ghost, as well. As I’ve heard it, the person waits in a haunted location until shortly before midnight. (That’s another “between time.”)

As midnight approaches, place a candle inside a bottle and light it. When any ghost is so attracted to the light, he or she goes into the bottle, cork it quickly.

That particular idea is riddled with problems. For one thing, some bottles will crack or explode if exposed to flame.

Another is more obvious: If ghosts were actually attracted to light, they wouldn’t show up at night.

Finally, I’m not sure how anyone could tell if a ghost enters a bottle.

I’ve also heard variations of Vodun and Voodoo practices involving. One “ghost catcher” uses cemetery dirt and a metal-lined (or lead-lined) box with a lid. I don’t know the specifics.

If someone tries to convince you that this works, run in the other direction. Vodun and Voodoo are intensely spiritual practices. The Guédé should not be treated lightly.

Likewise, “summoning” ghosts is a bad idea. You might summon something much darker. Sending it back might require expert spiritual help.