No, there are no grants for ghost hunting. Most paranormal research funds are intended for parapsychologists.

Many books and movies start with an aging, wealthy individual. He or she wants definitive proof of an afterlife.  So, the rich recluse hires a team to spend the night in a haunted house. The team promise to return with proof — one way or the other — about life after death.

In most fiction like this, particularly movies, the investigators deal with unspeakable terror at the hands of the house’s ghosts. Usually, one or more of the researchers never leaves the house alive.

(Best of these movies include the original The Haunting, and The Haunting of Hell House. Though they’re dated, they have more authenticity than most films in that genre.) 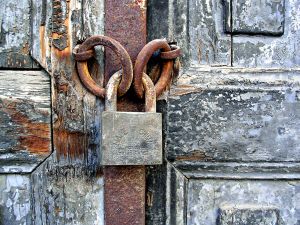 A variation of this involves a large reward to any of the group who who stay (or survive) one night in the haunted house.

And, for good measure, they’re locked in the house. It’s similar to the staging used for the TV series, Ghost Adventures.

Ah, if only someone would present me with that kind of offer…

In real life, I don’t think that’s ever happened. Not like in the movies, anyway. No decrepit billionaires offering large sums of money for evidence of life after death.

You may find grants related to ESP and other areas of parapsychology.

As a result, some ghost hunters accept individual clients or conduct readings for a fee.

Some people say that’s preying on vulnerable people who want to contact lost loved ones.

I’m not sure where to draw the line. Is it more moral to take a day job in fast food than to work as a paid psychic medium? You’ll need to decide for yourself.

Charging a high fee just to investigate a private residence…? No. I won’t do that. I’ll find more honorable ways to earn a living, and still have time for paranormal research.

In other words, don’t expect grants to finance your ghost hunts. If any exist, I haven’t heard of them.

When someone asks me how ghosts communicated before modern ghost hunting tools, I laugh.

My reply is simple. “They did what the living did, before electricity.  They used what was available.”

Ghosts can communicate without modern electrical devices. Sometimes, people are so focused on high-tech ghost hunting tools, they forget that ghost research flourished in the 19th century and earlier.

– Pendulums.
– Dowsing rods.
– Table tipping and table tapping. (The first involves the table moving. The other means rapping sounds on the table. Both may occur at the same time.)
– Automatic writing.
– Ouija boards and spirit boards. (Some insist they’re very different devices. There are safety issues; be sure you’re aware of them before sitting down with this kind of tool.)
– And, one of my favorites: Direct requests to ghosts. In other words, just ask them to respond in specific ways, like moving an object or making a sound.

The problem is: non-electrical communications can be entertaining, but they’re not scientific evidence.

Worse, they’re very easy to fake. The more high-tech the faking methods, the more difficult they are to detect.

Some want ghosts that perform reliably on command, and give 100% accurate responses to questions, 100% of the time.

Even the living don’t do that. I’m not sure why we expect ghosts to.

Others want full-body apparitions in photos they take themselves.

We seem to be able to photograph orbs, and shadow people. We rarely see apparitions, much less capture them on film.

Some people want to hear ghostly voices on a recording.

Convincing apparitions and crystal-clear EVP are so rare, they still impress me… when they’re credible, that is.

The future of ghost hunting tools

We’re getting closer, but it may be several years until we have ghost hunting tools that work consistently in haunted locations.

However, for an entertaining — and often convincing — display of ghostly activity, old-school methods can be a fine choice.

If it’s your research — meaning that you’re in full control — low-tech ghost hunting tools can be excellent. Perhaps even better than electronic ghost hunting devices.

If that’s what you’re looking for, follow the careers of two ghost hunters.

One is Brian Cano, who appeared on the “Haunted Collector” TV series. He’s familiar with many old-school ghost hunting tools & methods. 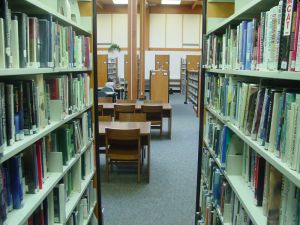