Most Atheists do not believe in God. 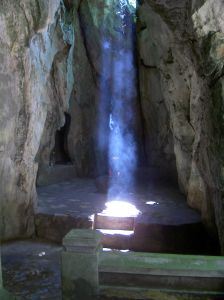 However, that does not prevent an Atheist from believing in an afterlife. Many people believe that spirits of the dead walk among us. Deism isn’t necessary.

Likewise, an Atheist can witness and believe in ghostly phenomena.
Something paranormal (or unexplained) is going on. Anyone can become a ghost hunter without referencing religious beliefs.

From my experiences so far, Atheists are more likely to focus on scientific evidence. Spiritual phenomena or explanations may be less interesting.

First, let’s prove that something is going on.  Then, let’s identify likely causes of it.  After that, it’s time to explore whether it’s a ghost, and how that fits spiritual beliefs.